New idea, mainly plain black with color patches with fish line drawn in black - I'm playing with images of Japanese fish. Hm.
at 9:13 PM No comments: Links to this post

Now I just have to make it a mate.

Ants in your pants?

Yes, this activity in the 7th inning

Next pair are black and blue with heel interest . . . 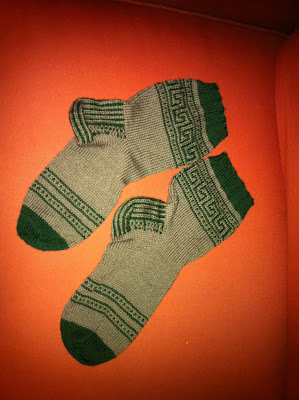 Yarn in my tub

Stroll Summer Blooms. I was trying to get natural light, not win a creepy blogging picture of the year award (the title of this post put me in mind of the SNL skit "---- in a box"). I want to start making socks with it.

Buzz keeps me company while knitting.

Still going ... All this green and grey makes me want to knit something pink.

Just trying out mobile blogging. Here's our tubby cat watching the little one brush his teeth.

I'm on my second pair of socks for the wedding.  I think I'll end up making 5-6 pair. 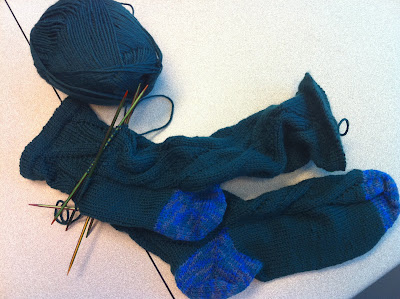 In the meantime things are busy, which they always are in the summer, so here's so fun stuff that doesn't really have to do with knitting (which I don't have nearly enough time for).
Last night we got the grits I ordered from Anson Mills.  They're awesome - if you like grits, get some (they ship them the same day the send them and yes, you can taste that fact no kidding).  Get some even if you don't like grits, because after you eat these, you will, take it from me.  So, the little one asks what we're having for dinner and, inspired by FedEx, I told him we were having breakfast for dinner - french toast, grits and sausage.  He began running back and forth across the kitchen, jumping over the poor cat (who was very confused and frightened) shouting "Yes!  Awesome!  This is better than if the U.S. had won the World Cup!"  Then pausing "Oh, I should stop now, right mom, because if I act too obnoxious you'll change your mind?"  I was in hysterics.
I can't imagine the person so spiteful as to not make grits for someone who is so happy to eat them that they begin to dash around the house spontaneously.  I don't think I'd want to meet that person.  Anyway, his delight made him super helpful and he hung out with me while I cooked almost until Dad got home - but then the call of Mythbusters is pretty strong on 8 year old boys so I lost him eventually.
This is for dinner tonight, and while it's never gotten any pets trampled, it usually gets a solid fist-pump from him.
Wish me luck finishing 5-6 pairs of socks and designing a fish shawl for 9/25/2010.
at 12:54 PM No comments: Links to this post

This is getting out of hand

My note book of patterns, cables, ideas, scraps of crap that I get color ideas from had outgrown it's (what I thought was) rather large original notebook.
Here's what it looks like now - yes, that's 5: 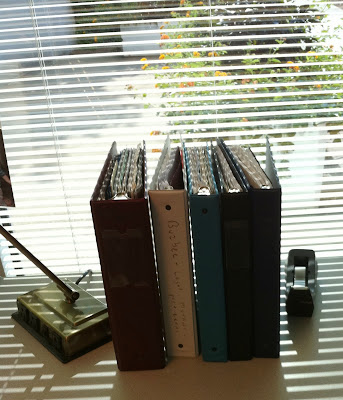 Email ThisBlogThis!Share to TwitterShare to FacebookShare to Pinterest
Labels: random

We went back to Asheville for the long weekend.  Here are some pictures of Ashville, which is very pretty.  We got to see fireworks twice - once at the Asheville Tourists game and 2 sets at once from our parking garage roof.
And my completely socks, which I fear may be too large.  I'm checking with the bride on her foot size - I plan to make them 2 pair each. 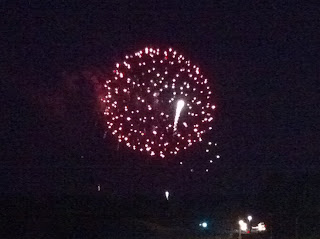 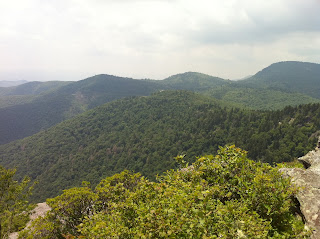 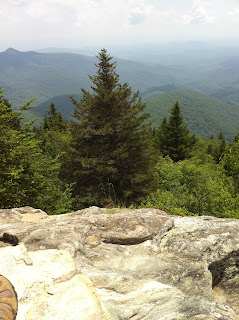 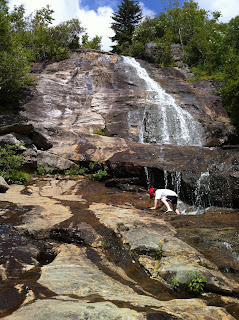 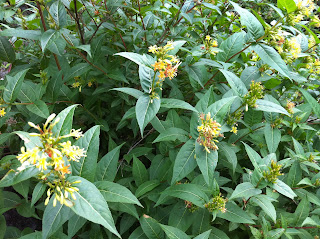 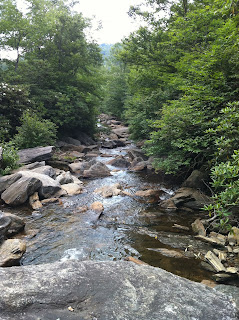 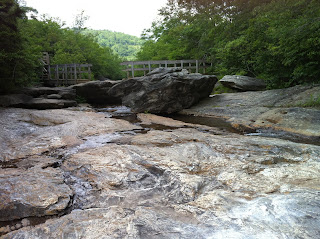 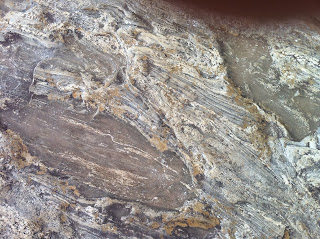 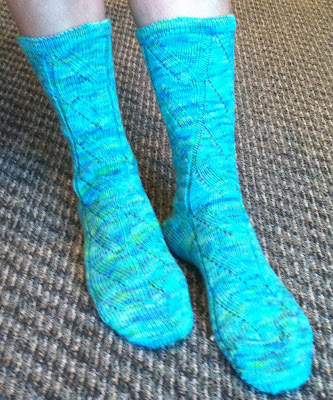 Have totally derailed my stole.  But because they're fun, not evil.  You get a better sense of the colors in this picture. 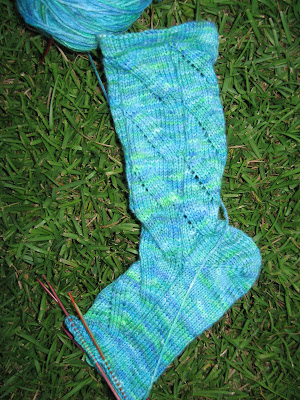