So much to catch up on!
First, new washer and dryer.   Sigh. It's a lot of money on what feels like nothing, but then we've been watching them all morning like we're people out if an insane national geographic special. Maybe it's good to join the 21st century and save some water, but I had a sentimental attachment to our old ones because we got them when Liam was a baby and just having those cheap, kenmore appliances was such a step towards sanity, post-first-baby-life-disruption.
Second - <a href="http://m.allrecipes.com/recipe/213251/liege-belgian-waffles-with-pearl-sugar">liege waffles! </a>  In Salt Lake City this summer we had the best waffles at <a href="http://www.brugeswaffles.com">Bruges </a> and I've been trying to recreate them for a while. They're pretty good and I used regular sugar.
Over Christmas we went to Chicago and I'll post some pictures of that, but tonight we're going to make deep dish pizza. Or try. I'll let you know how it goes.
Finally - knitting!  I made lots of stuff for Christmas this year and it was very fun. I'm going to try and do more all year instead of just cranking on small things starting in December. I don't usually do themes, but this year I'm going to do some stash busting and redo a bunch of Fassett patterns in fingering weight.
I'm working on the Persian poppies vest, here's some WIP photos. 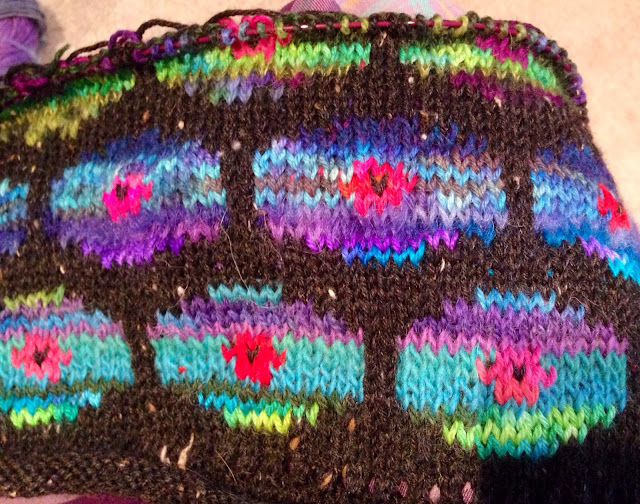 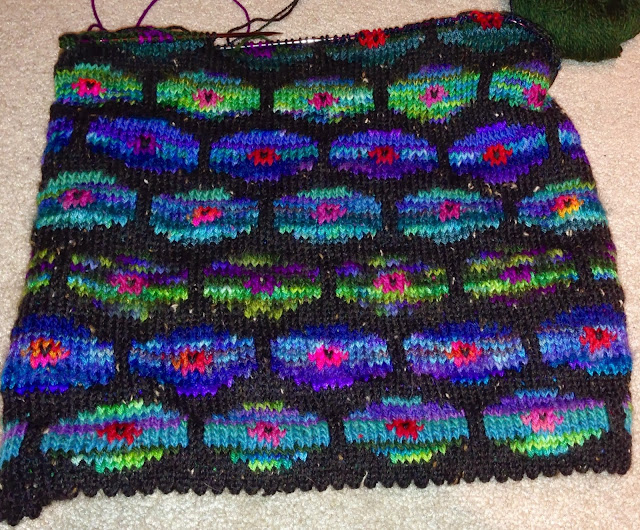 I brought it to knitting group this week and got asked if I could do one on commission. :) well, duh.
at 2:07 PM