Well, that's just what it's making me think of right now. This is size 6 seed beads knit into knitpicks gloss cosmos, using a shawl pattern from Cheryl Ober's Folk Shawls (Kimono shawl cut down to scarf proportions). I've never knit beads into anything before, so how many to put in and where they should go are kind of tough to figure out.
The second picture shows this a bit better, since I've set up the beads into decending straight lines, the overall effect reminds me of Joe Pantoliano and Keanu Reeves watching the green code trickling down like rain in The Matrix. Again, I think it will be better when it's blocked. TMC has quoted me about needing 3 different projects going on varying levels - I need to get on the stick and get a dummy going, as right now I don't have anything I can not look at as I work. 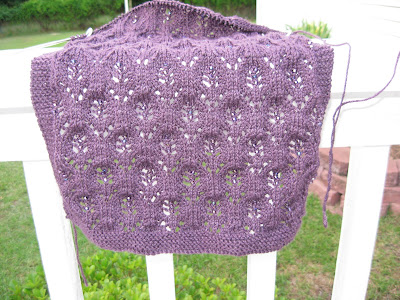 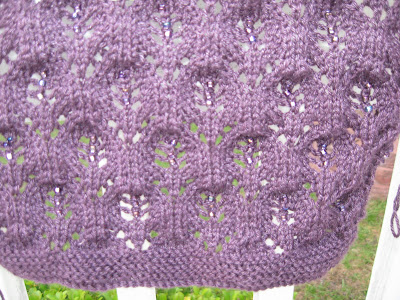